E-commerce impacts the old Imeson Airport, distribution warehouses are in demand.  Our very own Imeson International Industrial Park located in Northeast Jacksonville between Hecksher Dr and North Main St. is the new location for 3 million square feet of warehouse space.  Do you realize how big that is?  52 football fields!

The top three E-Commerce Retailers with the most E-Commerce distribution centers are Amazon, IKEA, and O’Reilly Auto Parts.  Lowes and Walmart have recently been on the search for distribution warehouses.

For those of you who love local history…. This is the original site of the Jacksonville Municipal Airport, the main airport for 42 years (1927-1968).  Prior to the airport, this was an old prison farm and the airport was built by city prisoners.  Charles Lindbergh flew to Jacksonville to promote the new airport.    You have to remember in 1927, aviation was a new and unusual way to travel.  In fact in 1927, my grandmother Clara Roberts who was 9 years old at the time, would walk from Boney Rd to Duval Station to catch the train to downtown Jacksonville.  It wasn’t until 1931, Eastern Air Service provided passenger service to Jacksonville.  A local pilot, Laurie Yonge, would offer $5 airplane rides from the beaches.  For more history and photos about the old Imeson Airport this is a really cool article online, Abandoned & Little Known Airfields by Paul Freeman.

Laurie Yonge Flying Service Hanger, Imeson Field. In the 1930’s you could take a $5 airplane ride from the beach. Photo by David Henderson 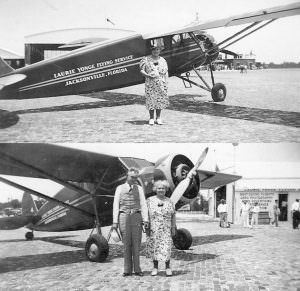 Pilot Laurie Yonge and his mother, 1937. Photo by Jack King 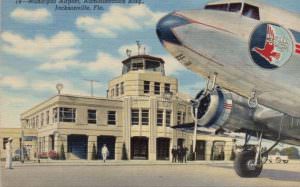 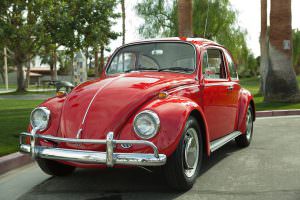 The old Imeson Airport is where my Dad taught me to drive in his classic Red Volkswagen Bug. Don't Price Yourself off the Market